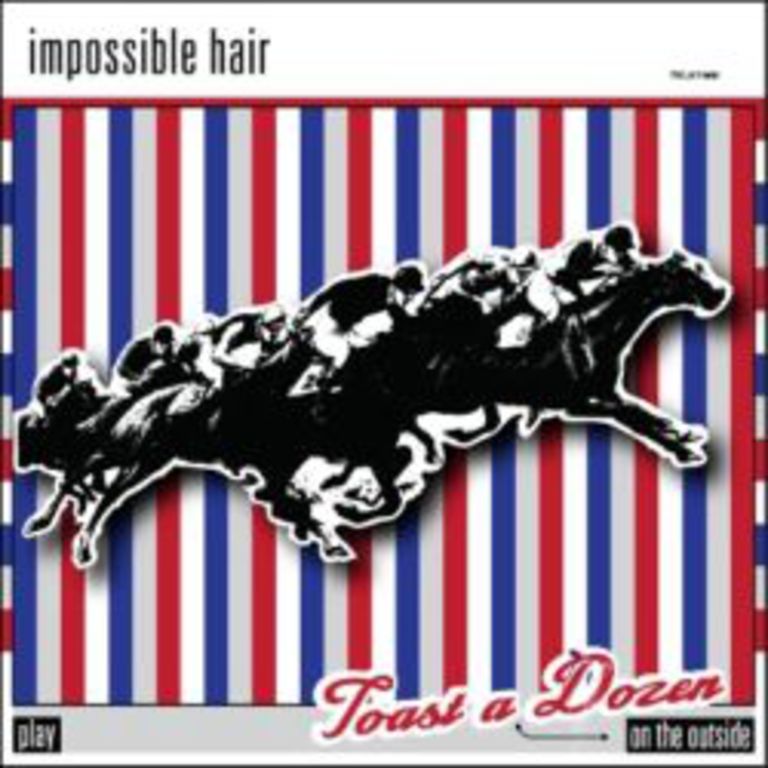 Impossible Hair’s second album Toast A Dozen on the Outside was recorded with the Oranges Band’s Roman Kuebler in bristly, Nuggets-esque analogue. It has, it must be admitted, maybe the ugliest cover of the year, but let’s leave that aside. It also contains 15 short, sweet, surreal and fuzz-toned songs, which may remind you of the more off-the-wall, UFO-obsessed moments of bands like Guided by Voices and Big Dipper, and the trippier bits of Sloan and the Posies. I was expecting exactly nothing when I popped this into the player, but damn, I like it, I like it a lot.

Hard to pick a favorite. The songs, at mostly two minutes and under, whip by like some sort of banana-split-induced sugar frenzy. Still, let’s just posit “Girl in the Echo” as our best guestimate of what Big Star would sound like on amphetamines, or “The High Official” as an unholy cross between “Clash City Rockers” and, I don’t know, Brendan Benson. Does that sound like fun? Because it’s fun, really, I promise you.

"You Can Own"
Posted by jenniferpkelly at 8:09 AM